Woke up super early this morning, sleep has been a challenge, I keep waking up insanely early (3:30am today). Not sure if I went back to bed, but at 5:40am I gave up and began getting ready for the day. Our flight was at 9am, so we were leaving by 7:15am since we were flying out of Billy Bishop and not Pearson (woohoo!). The flight was quick and uneventful, I just wanted to arrive and head to the expo right away in pursuit of a certain donut themed shoe. The plan was for the Uber to drop my mom and I off at the expo, while my dad and brother continued on to the condo.

We arrived at the expo by 11:10am and it was already mayhem. The Saucony booth was right near the main entrance, so we found it immediately, and noticed the crowd of people and POLICE! The system was, grab a number, wait in line to be called and then hope your size is available once it’s your turn. We got #148 and #149 and joined the line.

We debated running to the washroom, but decided against it as the line was moving pretty quick and if your number was called and you weren’t there, you had to start all over again. Once we were called, a friendly “runner” (shoe runner that is, and potentially a runner-runner too) greeted us and asked what size we were after. “8.5? Oh yeah we’ve been out of that size for a while. 9 too. I can do mens’ 7 and 7.5”. I knew this would likely be the case, and expected to go for mens’. They fit great so it all worked out, but this is seriously the most insane Boston edition shoe release ever! What an epic marketing campaign this was! They also had donuts and iced-coffee available. Here’s what I ended up with: 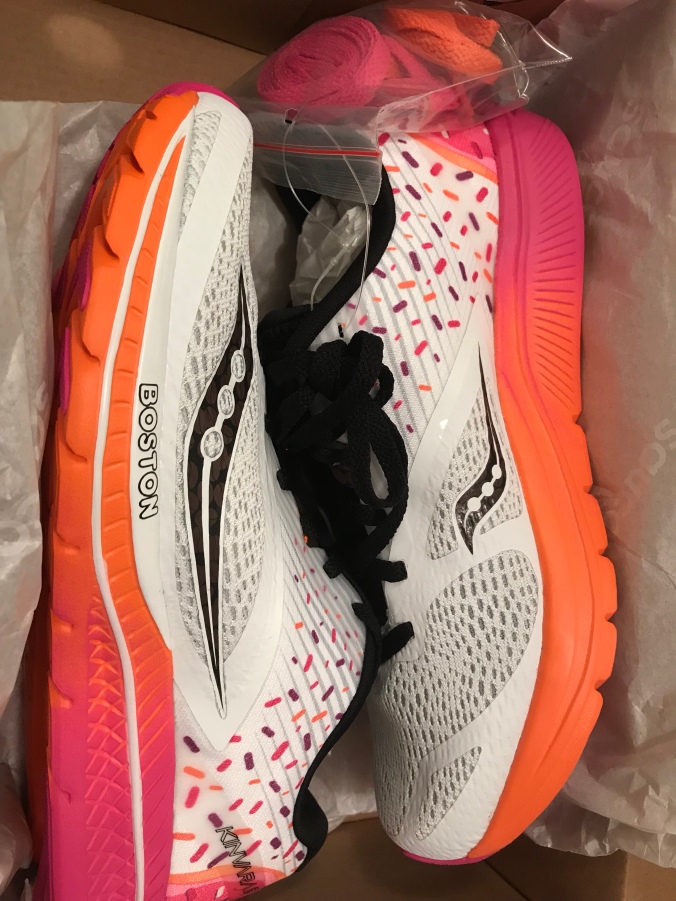 Cute lifestyle Tee. And, it came with this sweet trucker hat!

Following that, we headed for the Cliff bar booth to sample new flavours. I ended up grabbing a box because I like to have something on hand for a quick snack and they have  protein in them as well as other macronutrients. It also came with the hat shown below!

We noticed a Lululemon truck around the corner and made a beeline for it, the plan was not to spend too much time at the expo because I wanted to go to Tracksmith ASAP and also have lunch. Lululemon had a few Boston pieces on offer and I went for this one:

Then I went upstairs to grab my bib and my mom went to scope out the Adidas gear. The bib pick-up process was very simple and the volunteers were super happy and genuine. The contents of the package are shown below, can you guess what my favourite part is? 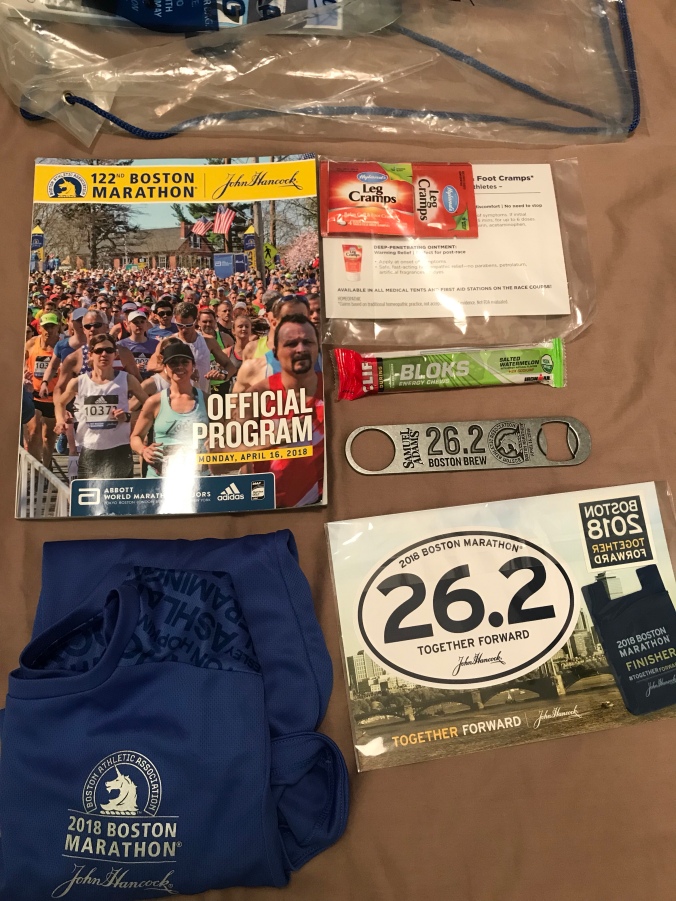 Once I made it to the Adidas section, it began to be very overwhelming, so many people, so much stuff everywhere. It was time to go. I found my mom, we picked up a few pieces and joined the massive lineup at the cash. 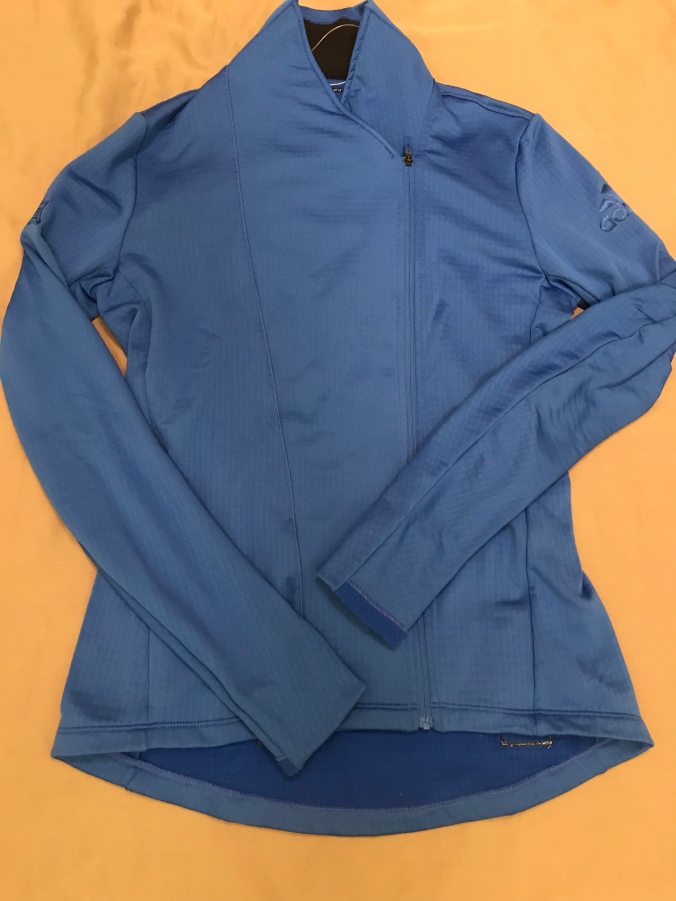 BAA fleece (super cosy), it has the BAA logo on the arm.

There were also these freebee’s, a poster with the name’s of every runner this year and a card holder. 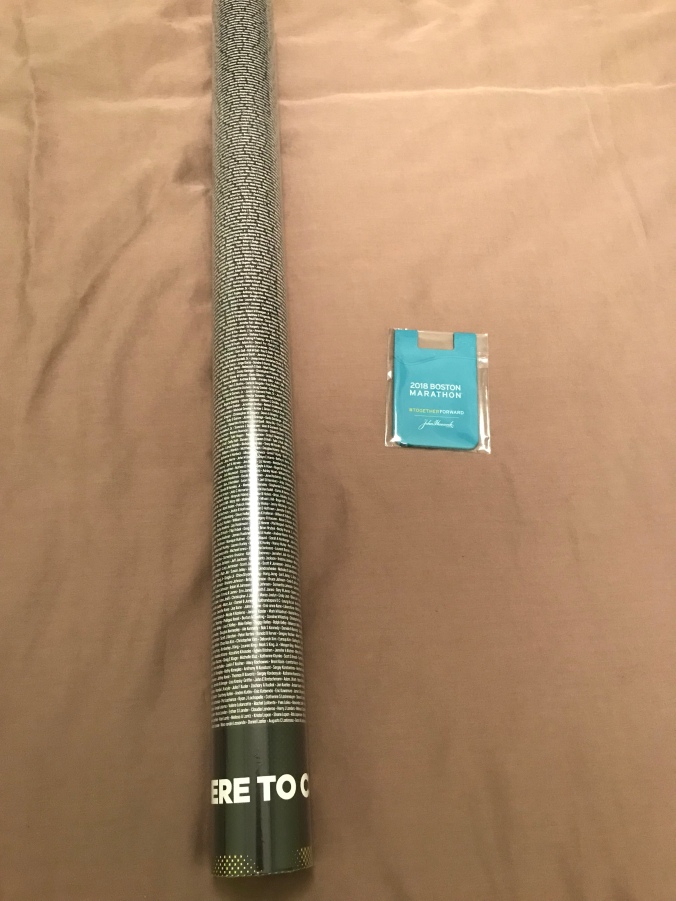 We grabbed an Uber to Newbury st for Tracksmith. They are giving out runner packs this year which is pretty freaking amazing. I love Tracksmith and Ciele and they collaborated on a hat in the pack. The theme is bananas, which as well all know are a staple in every runners’ diet as well as every finish line. Pretty cute idea if you ask me!

We found my dad and brother on Newbury shortly after and scouted out somewhere for lunch. We decided on burgers at B.Good, they use good ingredients and my mom and I just got beef burgers on whole wheat and lemonades. Definitely hit the spot.

The final stop on the sportswear tour was Nike. I had been eyeing their Boston collection, but it never made it on the Nike site, so I eagerly awaited arriving here to see the goods! Love the colour of the green they used! 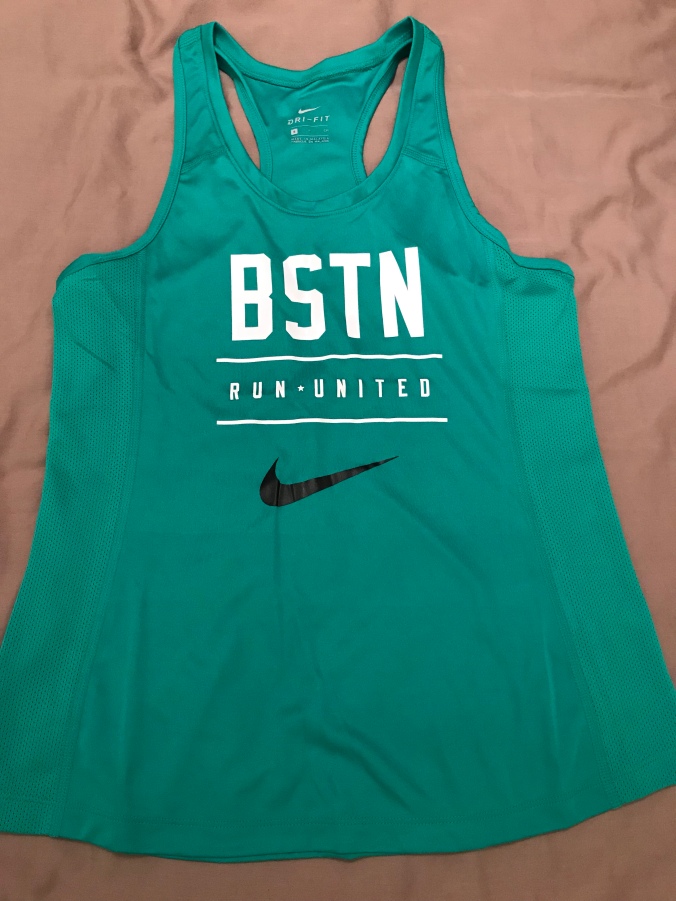 I retired to the condo by 3pm to preserve my legs. It wasn’t much walking (I took 3 Ubers), and I plan to keep it that way.

Up next: dinner for my brother’s birthday at Alden and Harlow near Harvard!